Not long now until the 'Rematch', who will conquer who this time?………. More next week on this.
On to today one of the most competitive and exciting handicaps hits us, The Cambridgeshire! If you find the winner of this you're a good man, or your lucky pin did well. Some other cracking races to look forward to, including another rematch of the fillies, plus some damn good jumping action.
Enjoy the racing and good luck if you're having a flutter!
GRANDAD'S HORSE 1450 MARKET RASEN (nap) – (unplaced) this horse should run a cracker today. He will relish the ground and won well here on his chase debut earlier in the summer. That day he defeated PANTXOA, who has gone on to frank the form twice with impressive wins. My guy looks appealing off a mark of 137 and could have a big season ahead.
MONT RAS 1750 HAYDOCK (nb) – (unplaced) won well for me on this blog when winning at 25-1 at York from the front. Has been raised 5lbs since but that won't stop him on ground he will love and with a course record that reads 1112. Another great chance today.
ELSAFEER 1630 MARKET RASEN (treble) – (3rd – 17-2) has been off the track for ages but is a talented horse. He has been dropped back to a previous winning mark and with COOL BARANACA lumping a penalty today I think my selection will win this easily.
JUST THE JUDGE 1510 NEWMARKET – (unplaced) I'm definitely laying SKY LANTERN here (idiot!!), she won't reverse the form with ELUSIVE KATE on this ground. However, I think my selection will defeat them both. She has always been high class and the last run was so bad it should be ignored. She is dropped back to a mile and I think the first two will take each other on too early and my girl will swoop late, that's if Frank doesn't give her too much to do!!!
SAM SHARP 1550 NEWMARKET – (unplaced) what a race this is! If you pick the winner of this you have done a hell of a job, or your pin is very lucky! I've got this down to two. Firstly, THA'IR has his ground and runs off a very appealing mark considering his exploits as a 2 y o. My only doubt is the very low draw. My selection is also low, but I love how progressive this horse has been this year and the way he defeated SENNOCKIAN STAR at York was impressive, as was his run behind SNOWBOARDER prior to that. TRES CORONAS has a sniff, but this might be too short and the connections of ASCRIPTION must be gutted that no rain has fallen this week.
LASTCHANCELUCAS 1430 CHESTER – (unplaced) has the softer ground in his favour and a return to 6f will help, as will the drop to a mark of 84. As always her the draw is key, mine needs to overcome that but has a great chance.
BEAR BEHIND 1530 HAYDOCK – (unplaced) this horse hasn't quite lived up to the standards he set last year when winning off 97 ( then disqualified ) againsy HAMISH MCGONAGALL. Is now back to a mark of 98 and has been overlooked with more focus on his stablemate. He has form on this ground and will be a huge price.
O CROTAIGH 1520 MARKET RASEN – (2nd – 7-2) loves it here and ran well earlier in the year here. He has now dropped to an appealing mark and will run well off it at this distance and class.
BLOG STATS :
Naps 43/209 = 20.5%
Wins 174/1054 = 16.5%
Placed 276/1054 = 26.2%
Win and Placed = 42.3%
@Tweet_Naps overall record. Click the link. All Time Profit/Loss currently +£61.83

Before we start today a little something to whet your appetite for the future
THE COUNTDOWN IS ON…………….. (Watch this blog for more)
So, on to today. What a feast of action we have today. I love nothing better than trying to solve the puzzle of a big field in a competitive handicap! Today we have two of them! Yep, it's Ayr Gold Cup day and the Bandit is more than excited! Hopefully I've found a couple below to give me a run for my money. All the best if you're having a flutter today. If you can pick the Silver and Gold Cup double you are a serious racing person, or damn lucky : )
MASS RALLY 1550 AYR (nap) – (unplaced) this old dog finally got his nose infront last year in the Silver Cup. He has gone up 10lbs since then but he has been running really well and up to that mark. Defeating NOCTURN at York in May on good to soft got the ball rolling and then he finished a head second to JACK DEXTER in the CHIPCHASE STAKES (Group 3) on good to soft at Newcastle off level weights. My selection has a 5lb pull with JACK DEXTER today and that for me is the clincher. You need a group horse to win a race like this and I don't think he's far off that. He is also drawn 21 with all his key rivals around him. Paul Mulrennan knows his quircks and how to deliver him with that late, last minute surge! He'll still need a bit of luck though! I also like the chances of GABRIELS LAD, who is ace on soft. SPINATRIX is too big a price and HASOPOP has a sniff judged on his Ascot win from earlier in the year.
FIRST MOHICAN 1405 AYR (nb) – (unplaced) made an impressive start to the season at York. Despite a couple of decebt runs over the pond in France he has yet to score again. Soft ground is key to this oneand he seems to be a different animal on it.
GANDALAK 1440 AYR (treble) – (unplaced) what a race this is too! My horse made all when taking two races earlier in the year at Newcastle and Musselburgh. He has since struggled but has winning form on heavy ground so should love the ground. If he bolts out they may not catch him. David Bergin andt he trainer teamed up for me with a similar kind of ride on MONT RAS at York and I reckon they can do it again here! THUNDERBALL is a big danger and I have an inckling that CHOOSEDAY could run a big race with an eye catching jockey booking.
AZAGAL 1515 AYR – (unplaced) won two races earlier in the year including beating my 50-1 wonder horse TWEETY PIE at Thirsk. She then ran well in behind J WONDER and MIDNITE ANGEL at Newmarket, and that race was hot! She was then pitched in against LUCKY KRISTALE in the Lowther and ran creditably. She caught my eye again last week when getting pipped by MORNING POST at Doncaster. She can take this today for connections who won this two years ago with ROGER SEZ.
KINGSGATE NATIVE 1530 NEWBURY – (3rd – 12-1) I have to have him today despite his top weight and slower ground. However, he's like a Porsche being put in a race against some VW Golf's. He will win this today, but that is my heart talking over my head ; )
Good luck if you're having a flutter and enjoy!
BLOG STATS :
Naps 43/207 = 21%
Wins 174/1041 = 16.7%
Placed 273/1041 = 26.2%
Win and Placed = 43%
@Tweet_Naps overall record. Click the link. All Time Profit/Loss currently +£61.83

One of my favourite days racing. I use to go religiously to the St Leger every year but having my children stopped that, however, I'll be watching all misty eyed from my sofa today! Enjoy the racing everyone!
OUR JONATHAN 1440 DONCASTER (nap) – (unplaced) the Portland is a cracking race and a damn hard one to get right. However, I reckon my selection has a huge chance today. He is down to his lowest mark for over two years and has a decent record at the track too. The softer ground is a huge bonus and the new stable should know a bit about him now too. A repeat of his third here behind Jack Dexter back in March will see him in the frame. Has to be a great each way chance.
PASTORAL PLAYER 1515 DONCASTER (nb) – (unplaced) he just hasn't had the breaks yet this season, and while he is held on form by a few of these I reckon he can turn it around today. He ran a cracker when second in this last year and he has dropped to a very appealing mark of 107, which incidently was his last winning mark when beating MAJESTIC MYLES at Haydock. This track will suit better at it should give him more room to manouvre late on and Graham Lee is becoming a master at finding the gaps!
HANOVERIAN BARON 1625 DONCASTER (treble) – (unplaced) prior to running a stinker in the Ebor he has been running very well. The ground beat him at York and it won't be as soft as that today. The handicapper has given him a real chance by dropping him 3lbs back to 90, that's only a snippet higher than when he was pipped by SIR JOHN HAWKWOOD earlier this year. A great each wa chance again.
TALENT 1550 DONCASTER – (2nd – 9-1) I think she can be the first filly in eons to take the Leger. She oozed class when winning the Oaks and has had excuses since. The ground again will be key today and I think the track will also suit her hold up style. She has backs of speed and stamina and despite pulling like a train in the Oaks she still destroyed them. I'm cheering on a girl today, one with serious TALENT.
BLOG STATS :
Naps 43/207 = 21%
Wins 174/1041 = 16.7%
Placed 273/1041 = 26.2%
Win and Placed = 43%
@Tweet_Naps overall record. Click the link. All Time Profit/Loss currently +£61.83 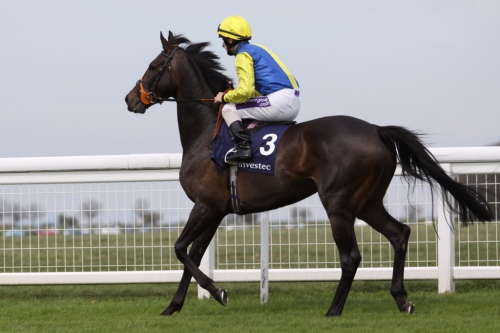 Abit of a soggy Saturday today! As we head into September there are still some cracking flat races to come which I'm looking forward to, however, for me September means we're nearly ready for NH racing! Bring on the jumpers!
Enjoy the racing today, hopefully there's a few pointers below for you.
RENEW 1730 HAYDOCK (nap) – (3rd – 3–1) has been upped 5lbs for a arrow defeat to GLENARD. I napped the winner that day but this guy was unlucky and the extra couple of furlongs should really suit. Big chance.
DARE TO ACHIEVE 1530 ASCOT (nb) – (unplaced) another one who finished behind GLENARD in the same race. He's about 6lbs better off today opposing GLENARD and I think he has more chance in a race like this, the cut in the ground may help too. Overlooking GLENARD who I napped last time may come back to bite me but I think the 6lb rise in a more competitve event will hinder him. Whereas my selection has been threatening a big win and today could be it.
CONFESSIONAL 1405 HAYDOCK (treble) – (WON – 15-2) has flown down the weights and is on a handy mark considering what has has been running off over the past few years. Seems to prefer softer ground these days and has won this race before, could bounce back today with a good run. Each way chance.
COUSIN KHEE 1515 HAYDOCK – (unplaced) has been running really well lately and this distance should suit as will the ground. Has a good chance considering the weight he is getting from the favourite, great each way value for me.
SWISS SPIRIT 1550 HAYDOCK – (unplaced) runs more consistently at 5f but has wins at 6f, including defeating Lethal Force. Whilst he has shown form over quicker ground he also has shown he handles cut. Hughes is the perfect jockey for him and I think he will deliver him just right.
BLOG STATS :
Naps 43/206 = 21%
Wins 174/1037 = 16.8%
Placed 272/1037 = 26.2%
Win and Placed = 43%
@Tweet_Naps overall record. Click the link. All Time Profit/Loss currently +£61.83