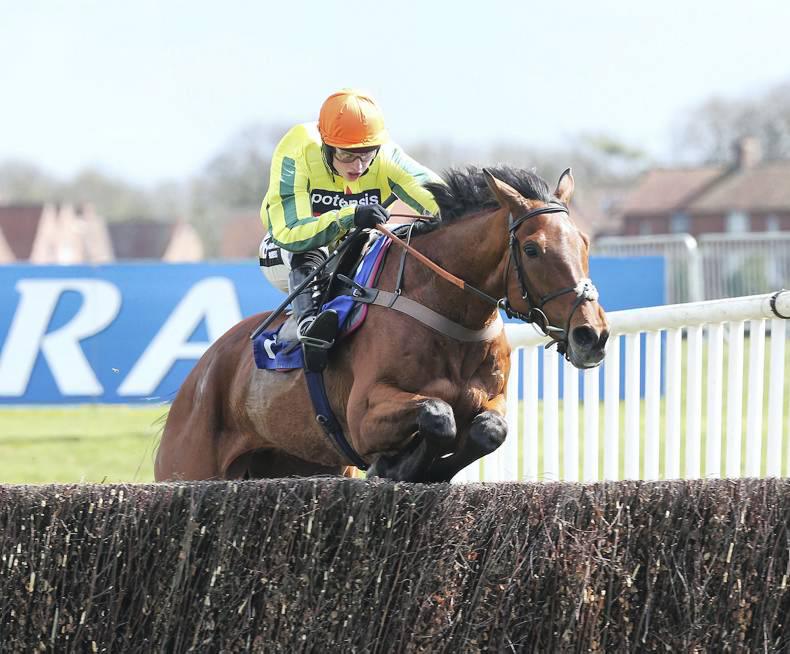 With the festival on the horizon I’m starting to get my head around some of my potential fancies and stocking up the betting bank. I reckon it could be a much more open festival this year. There won’t be as many Mullins favourites going in and I think there is some potential value in the big races as well as the handicaps. Watch this space!!

The best race of the day is the Grimthorpe Chase at Doncaster. THE LAST SAMURAI is using this, as last year, as a prep for the big one at Aintree. He will no doubt run a good race but he has 6lbs more weight to carry this year and races off a 12lb higher mark. WAKANDA will have to push it from the front after a change in tactics backfired last time and I think he will set it up for two of them. The first one is LOOKING WELL, he was staying on very well when defeated by ZIGA BOY here last time over a shorted trip. This longer distance could play to his strengths. However, I am opting for VIVALDI COLLONGES. He gives us a lot of value in the race and even though the rain isn’t perfect he has winning form on soft ground and worse. The jockey has a good record on him and he is racing off a good mark. The stats show that not many winners of this carry more than 10st 12lb, I don’t think that extra pound will make too much difference! He ran a stinker at Warwick last time behind a resurgent ONE FOR ARTHUR, it is noted that he did exactly the same last year and then won next time out. He also defeated the aforementioned at Kelso last year and therefore has some solid form. He will love the smaller field and I think he’ll run a big race at a big price.

VOCALISER ran a cracker last time at Haydock off a 4lb lower mark in a similar class 4 race. He was just pipped by DEEPSAND that day and the 3rd that day (RAISE A SPARK) and the 4th (CHEIFTAIN’S CHOICE) have both won since. I think he will win well today.

The Greatwood Hurdle has cut up a little due to the rain and I really fancy the chances of an old favourite, MELODIC RENDEZVOUS. He has lost his way a bit, but he is getting a bit long in the tooth. However, there was a bit of sparkle there behind YANWORTH last time and he has only ever run once before at a lowly level as this, and won. He should have too much class for these and will have the confidence to beat them off top weight! He’s good value!

Finally, VIC DE TOUZAINE, is a progressive looking horse and despite the step up in class, he should run well and will love the underfoot conditions. He was beaten when running well last time by DUSTY LARK, who had the benefit of course fitness. He is the one who catches the eye in a field of question marks.

Good luck whatever you’re on!