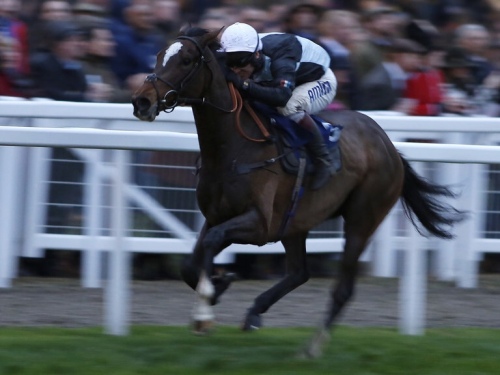 Photo : Sportinglife.com
It was great to see OPENING BATSMAN run back to some form last time I did the blog and a 20-1 second wasn't a bad tip at all!
The festival is on the horizon and I'm sure like me you'll all be counting down the sleeps and starting to look at the form. I've got quite a few in the notebook ready to go and hopefully it will be another profitable week. Whatever happens it will, as always, be one hell of a spectacle. The weather appears to be warming up so watch out for those good ground horses at long last getting their ground!! It's been a while coming! I'll hopefully manage to get a blog done every night with a write up for every race! Bring it on!
On to today and here are my four :
COPPER KAY 3.45 SANDOWN (nap)
I flagged this mare up last time she ran on here and she did it very well. I think there is a lot more to come from her and she will be one for the festival next year. Dickie Johnson thinks she's the best mare he's ever sat on, a pretty good indictment. She got seriously hindered in this last year but has really come on since then. She will be too good for these despite giving weight all round, her stablemate may be the danger!
FLASHJACK 2.00 SANDOWN (nb)
Normally this race goes to one of the horses who is in the first few in the betting, I cant see that trend changing today. My selection won well last time at Towcester and comes here as an improving type, with only a 3lb rise for the last success. I think there is more to come and interestingly Dickie chooses this one over the stablemate, who he has a good relationship with that one's owners. This must have a better chance. If the ground was better I'd be finding it difficult to split ALCALA and CHIC THEATRE but I dont think they'll be involved with it being this soft.
CLAYTON 3.10 SANDOWN (treble)
Was a decnt flat horse and got to a mark of OR104 in that sphere. He has slowly but surely started to improve and understand what is required over obstacles. He has two good runs behind him on testing ground and gets in here off a feather weight. He receiving nearly two stones off RAYVIN BLACK and will ground like this and the speed of the race that will count in his favour. The pace should suit his flat speed and I expect to see him burst through towards the end.
KAYF HAMPSHIRE 2.05 LIMERICK
I don't normally venture to Ireland but this mare went into my notebook on the off chance last year. She is slowly getting what is required and race well, but well behind CASHEARD LADY last time. That one went on to be second behind LIMINI next time who's the hot favourite for one of the mares races at the festival. That is decent form and with the ground being testing again, I'm hoping today is finally the day for her to lose her maiden tag.
My dad's selections are :
Standings
FATHER 2-5 SON
PROFIT/LOSS
Father – £94.34
Son +£2.96