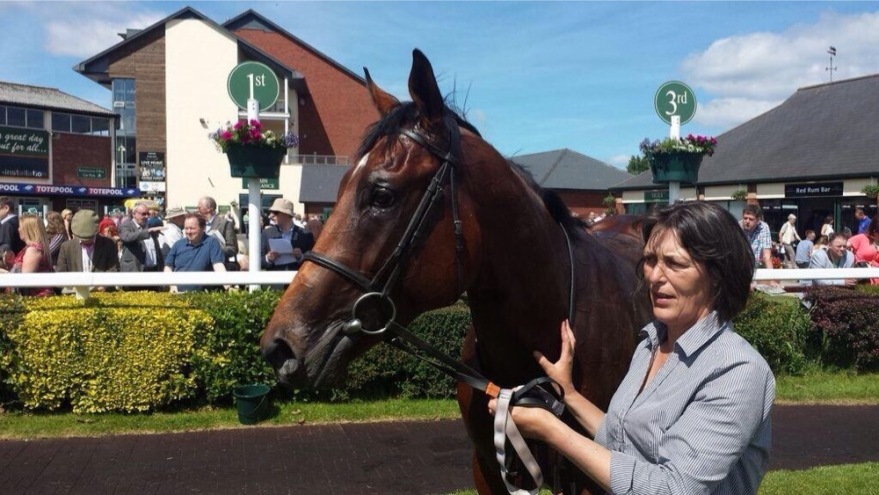 Happy New Year everyone! I hope you’re ready for the celebrations this evening, I thought I would do the blog on New Year’e Eve as tomorrow morning we all may have a slight headache! Whatever you are doing tonight, enjoy yourselves and immerse yourself with the people you care about. I wish you all a prosperous and healthy 2015, with many a success from our old foe the bookmaker.

Well I hope everyone has had a wonderful festive period with their loved ones. I know it bloody knackered me as always. I thought I would start the new year with a look back at 2014 and my racing highlights. The number one best thing for the Bandit this year was to finally own a very small share in a racehorse. I can only but thank @ianmallard for this and his efforts with #teamchoochoo. It’s a great venture to be part of and to see a horse you have bit in not only run, but win was a great feeling. I know we have got even bigger plans for the future, bring it on! Make sure you give Ian a follow, top fella and knows his racing!

My second highlight has to be HOLYWELL winning again at Cheltenham. The horse has always been close to my heart especially after I napped him to win at Cheltenham the other year on this blog. Here was the write up – Holywell – I hope he has the credentials to compete in the Gold Cup this year but I think his jumping needs to shape up a bit first!

My final thought for the year was that my old mate and favourite horse of all time TIDAL BAY got a happy retirement! What an enigmatic horse he was, I just wish Paul Nicholls would have had him from the start, I’m convinced he would have won a Gold Cup if he had. He won an Arkle, a Maghull Novices Chase, a Cleeve Hurdle, the Bet365 Gold Cup, the West Yorkshire Hurdle twice and not forgetting that awesome late burst in the Lexus Chase two years ago. He will always be a star for me, happy retirement old fella!

As I write the blog we are already looking on the horizon for the Cheltenham Festival, I think it is something like 10 weeks away, can’t bloody wait. One thing is for sure we will have some more racing treats before then.

I’m hoping the change in a year will change my fortune on here, I’ve been shockingly bad recently and can only apologise to my dedicated followers, my old man is currently whooping my arse in our little competition, tipping up EMPERORS CHOICE more recently too. So here’s to a change in fortunes!

Here are my selections for New Year’s Day :

This guy ran a creditable race when I tipped him up in the Becher Chase last time. He jumped very well and Ryan Mahon looked after him once the race was over for him. That can be a stepping stone to success for me in this race. He has been dropped another 2 lbs to a mark of OR142. He drops down a grade and off top weight has every chance with the very talented Sean Bowen taking 5lbs off his back. Top weights normally do well in races like this and I think he will run a big race and jump soundly on ground that will be up his street. The one that really worries me is CADEAU GEORGE, he has been raised 12lbs for his defeat of KNOCKANRAWLEY last time. That horse has franked the form too winning at Newbury the other day, he could be a real improver!

Won so impressively last time, gaining his third chase success in a row! His jumping was quick and immaculate and he put the well touted JOSSES HILL to the sword. His rival today is CHAMPAGNE WEST who conversely didn’t look that great last time and was made to work a bit for his success. My selection is rated 5lbs better off on the ratings with a mark of OR157 yet they meet here on level weights too. Another solid round of jumping should boost his ankle credentials even further!

Was running well in behind when he slipped on landing and was pulled up in the Fish Egg Gold Cup. I really fancied him that day as I was so taken aback by how he won the Paddy Power Gold Cup previously. I really think this horse is one to follow and will produce even better displays. Therefore I have to go with him again. I’m interested too in how SPLASH OF GINGE runs, he was just building a challenge in said Fish Egg Gold Cup when falling. ROLLING ACES is one of my horses I always follow and he ran very well when in behind WISHFUL THINKING earlier in the season, a reproduction of that will give him a sniff, but to be honest I think he is handicapped to his best at the moment.

Now this is a race! Barring HINT OF MINT a case can be made for all of them. BEAT THAT has potentially the best recent form in the locker with his defeat of DON POLI at Punchestown in April. That one has since won two chases inclusion a Grade One at Leopardstown the other day. BEAT THAT must run well. Both SILSOL and VANITEUX are young pretenders to the throne, with the latter never really impressing me as yet. SILSOL however has impressed me with his ability and attitude and like my selection, he likes a fight! However, class is class and what can you not say about my horse, he is rated superior to most of these and showed now that this trip is more up his street as age catches up to him. He still has his smooth hurdling style and his big heart and over a favourite course he could be hard to peg back. All aboard!!!

My Dad’s selections I will add tomorrow before I re-post the blog.